Increasing Z-Wave distance for the RaZberry

I have been building my own house during the last 3 (long) years. Being an electronic hardware type of guy, I thought it needed some home-automation to finish my project off.

There are many different types of system out there. X10 has always caught my eye but I was never really happy with the "send and forget" method of signal transmission. Recently I've been looking at Lightwave RF (Siemens) as a solution due to its low-cost but for any network connectivity, you need to buy a gateway to connect it to the internet.

I have my own PC Windows 2012 based server for all of my files and Media Server but I wanted something light weight, reliable and cheap to run for 24/7.

I really like small custom designed micro-controller boards (after-all it is my main job too!) and the Raspberry PI really whetted my whistle so to speak. 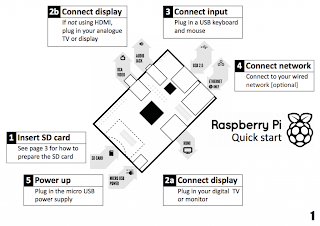 What got me thinking about home automation more was that you can easily fit a daughter card onto the board called RaZberry to give you a full Z-Wave wireless capability. 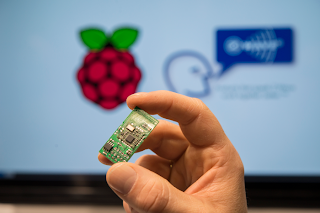 What's more, if you look into it further, there are a lot of open-source home automation servers available for it that can interface with the RaZberry such as Domoticz.

Great, I excitedly bought a few Z-Wave controllers from Fibar, namely the FGS-221 Double Relay Switch. I installed the module to one of the light switches opposite my office, loaded Domoticz to the Pi and set it off. Absolutely nothing happened!!! The Razberry module could not pair with the Fibar module; I took it out of the switch back-box and set it up on my desk.... and it worked. Hmmm, I think there's a bit of a range problem here.

The Razberry module is small and has an equally small antenna on its PCB. Z-Wave in the EU operates at 868MHz which is around 86mm for a quarter wave antenna. No problem, get an 86mm length of wire and solder it to the capacitor on board just before it enters the Z-Wave module. I would recommend the capacitor rather than the test points because these could break off. 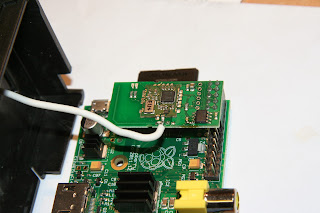 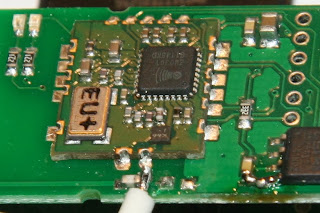 And does it work? Of course it does!

Andy
Posted by Andy Whittaker at 22:01 No comments: