Obviously this doesn't affect your ability to order, only my ability to send!

Thanks, Andy
Posted by Andy Whittaker at 11:25 No comments:

ECUFix Has Now Gone All Responsive!

ECUFix Has Got a Responsive Theme

This has been bugging me for a while. I use my android mobile more and more nowadays but when I browse my own site, it looks a little bit cramped because it's just the standard desktop theme.

So, off to look around and I found a nice freeware theme for Zen Cart from a company called Picaflor-Azul.com. The theme in question is Responsive Sheffield Blue. These are called responsive themes because they have the ability to react to differing resolutions of different client devices.

Getting a new theme up and running on an existing store can be quite troublesome. I found the best way to do this was to copy the store's database onto my own computer, install ZenCart locally and run a mirror of ECUFix. This way you can get to know the feel of how the site will look and behave. The only downside I experienced was resetting the side boxes (these settings are not readily portable) and getting the payment modules to work (these have to be deleted and reinstalled again).

There remain a few odd issues that need ironing out but I hope it will open up potential customers to me.

Posted by Andy Whittaker at 16:18 No comments: 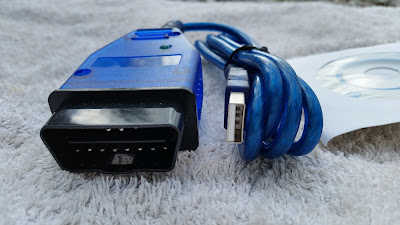 Posted by Andy Whittaker at 21:40 No comments:

Recently my home server went TITSUP*, so I replaced the motherboard with a simple MSI one which only had a single NIC. No problem, I put both networks onto the same network through a switch and assigned two IP Addresses to the NIC (multi-homed).

The reason I have two IP Addresses is to separate the two networks (obviously) but more importantly the second Network (with its IP Address) actually leaves the house and connects to the IP Cameras. If some miscreant were to obtain access to that cable, he would have access to my internet lovely stuff, therefore that network is configured to restrict that.

OK, the problem I had was that the server was returning the 192.168.1.3 address when it was pinged with the server's name. This then stopped my internal computers from accessing the server via the GUI unless 192.168.3.3 was used instead.

The solution was to use Windows PowerShell and make sure the second address (and probably any more IPs you have) have the SkipAsSource flag set.

You do this by removing the second IP by using the GUI. Starting PowerShell and then run the following commands (note that nothing in windows is case-sensitive. Capitalisation serves to make the commands clearer to read:

After this, the correct IP will be reported to a Ping....

Note, if you use the GUI again, the SkipAsSource flag will be reset to false.

Posted by Andy Whittaker at 12:40 No comments:

However, a few months ago it started to misbehave. It suddenly wouldn't want to accelerate up hills, up to the point I was actually flashed by a taxis driver - embarrassing!

I lifted the bonnet (hood) and put a vacuum pump on the actuator (where the wastegate would normally be) thinking it was sticking but everything seemed to be OK mechanically.

You see, most modern turbocharged vehicles have variable vane boost control to alter the characteristics of the turbo, this is instead of directly controlling the boost pressure in the traditional way by bleeding off the wastegate back-pressure to control the boost. The net advantage of this is to provide a nice engine torque-curve (by controlling the aspect ratio of the turbo) coupled with greater fuel economy and lower emissions - a bit of a win-win.

However, these are mechanical systems and at the end of the day sometime or other they will break. The most common complaint is a build-up of carbon on the vane assembly itself causing it to stick or seize and gradually turn your car into a pig. Instructions how to free them can be found all over Youtube, an example of one such procedure can be found here using Sodium Hydroxide Foaming Oven Cleaner. Not in our case though, the vacuum pump showed that the vanes were moving, so they probably weren't stuck.

Connecting VCDS up revealed chaos in the ECU's DTC error table. Manufacturers try and make things easy for their service mechanics by getting the ECU to tell them what's wrong. However, if you have a mechanical fault, all that happens is the ECU starts telling you a whole host of errors (open collector fault, blah, blah) - In fact, the only error it didn't say was "Replace Whole Engine!".

I kept driving the car in it's "simulated full-race state of tune" for a month or so to convince myself what was going on. Googling around the various forums (carefully filtering out the BS that people seem to be good at saying), I was convinced that the Actuator Valve was not working and the Variable Vanes were randomly stuck in various positions.

I would not have been too bothered about this particular fault but the car was so laggy to get moving, it was damn-right dangerous to attempt to pull out of junctions. I'm sure other motorists must-have thought I was doing it deliberately because they saw me pull out in front of them, stop and then after several seconds suddenly accelerate away! Additionally, the fuel economy was absolutely terrible....

A quick Google search and trawl through eBay led me to CarPartsLink Ltd - Mike. The trick is to search for your engine code (CAY in my case) and include the words "turbo actuator". He was the cheapest on eBay and after a quick phone-call, he confirmed his part would fit and turned out to be a nice chap.
A couple of days later it was in my hands and ready to fit. Fitting is quite straight-forward and can be done in a couple of hours with the turbo still attached to the engine.

Firstly un-clip the top engine cover, then remove the undertray of the engine because you will drop something! Secondly, remove the turbo inlet hose and the connector to the Turbo Actuator. You should now have a clear view of the turbo and Actuator.

The three bolts that hold the actuator on need to be removed. They are T30 headed bolts with a little bit of quality-control paint on them.

I find that to help stop any bolt-head from rounding, place the tool into its hole and tap it in with a hammer.

On the underside of the actuator there are three 10mm nuts, remove them to loosen the bracket we've just removed. The purpose of this is to allow us to gain access to the actuator rod where it is connected to the actuator on the turbo.

The trickiest bit of the whole procedure is to disconnect the actuator rod. It's held in place by a circlip that needs to be removed. We can do this by modifying a pick so it looks like this:

There should be just enough room to get the pick into the gap and flick the circlip off. Usually, it's about this time you realise you should have removed the undertray! All being well, assembly is just the reversal of removal. Once everything's in place, you can marvel at your hardwork...


Testing can be a little fraut and frustrating because you have to remember that while this fault was going on, the ECU has been attempting to bring the boost pressure back to normal. This will mean the car will seem very flat to drive and not wanting to rev at all. You should attempt to try a few gentle standing starts and back to stop again. Additionally, gently accelerating in second gear from 1,000 RPM to 3,000 RPM will slowly teach the ECU the correct parameters.

Good luck and I hope this helps somebody. Andy
Posted by Andy Whittaker at 17:15 2 comments:

After way too long, a new batch of stock has arrived at ECUFix HQ!

If you want to extend where your OBD-II socket is or experiment with different interfaces in your workshop, choose this: 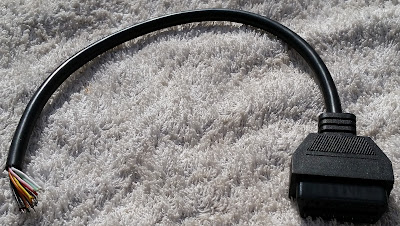 A car or truck project needs to be finished off with a decent connector. Don't forget ECUFix are the only supplier that supplies these connectors with a locking nut. 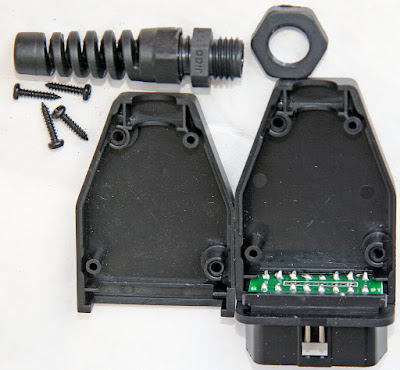 For professional projects, you need a ready-made lead. 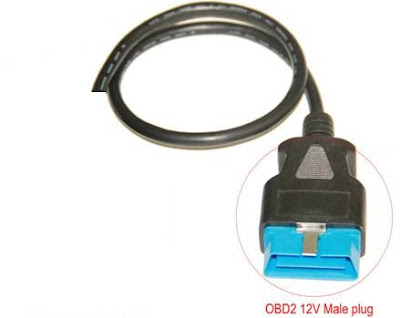 Truck projects are not forgotten: 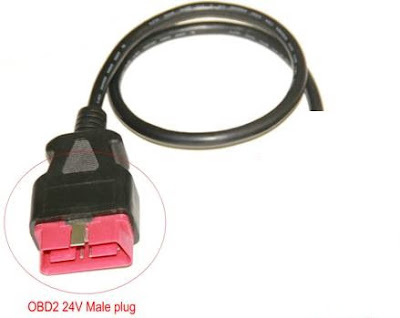 And for that 24V project, you get 2 metres of usable lead too.
Posted by Andy Whittaker at 14:23 No comments:

My wife passed away after her long battle with cancer on Sunday, 12th October 2014. This is why I have not been very publically active for the past 6 months.

However, behind the scenes I've been fairly busy updating ECUFix. Because I was running out of version numbers during version 5, I've bumped up the version number to v6 so that I can carry on updating support for new binaries..

Meanwhile, I am working on a new online licensing system which should make obtaining new licenses even more convenient than they are now.

Andy
Posted by Andy Whittaker at 18:29 No comments: