I like messing around and in our house, we use a lot of LED fittings. However, in recent times a large number of these LED lights have been going out.

The first batch I bought some three years ago have been working just fine. However, the past year or so have seen a lot of failures - not quite the 20,000 hours quoted by the manufacturers!

The most common failures I see are down to bad quality LED SMD "Fried Eggs". All of my fittings use 3W LEDs with 3, 4 or 7 LEDs mounted on a PCB in series depending on the desired power. The problem with failures like these are if one fails, they all extinguish - a bit like Christmas Tree lights from the past.

Getting hold of replacement LED "Fried Eggs" generally involves an order to China and they arrive in the UK within a few weeks. Removing the failed LED involves unscrewing the aluminium casing and using a soldering iron. Checking which one had gone can be done with a simple DVM switched to diode testing mode.

However, this week I came across something quite worrying, especially as I got an electric shock while standing on a ladder! Basically, these latest China power supplies blow up and then burst out of their protective casing. 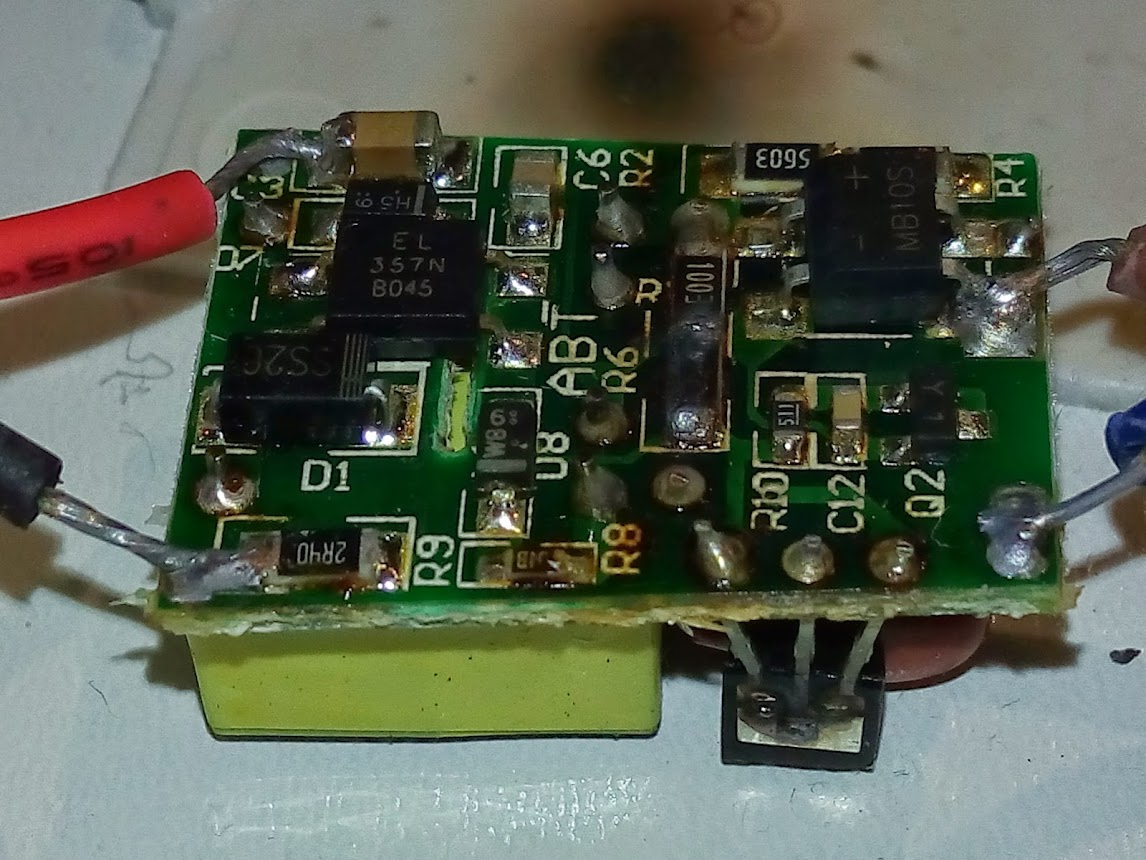 The problem? Well, when replacing failed LED fittings, you don't expect to put your bare hand onto 240V AC!